Showing posts from December, 2006
Show all

I'm not sure how it happened (what with society forcing the holidays on us since mid-November) but Christmas snuck up on me. I had a feeling it might so I tried to get all my shopping done before the move. Yeah, as always there were those last minute gifts to buy. I think I finished shopping with 3 days to spare.

Christmas eve is reserved for my Hungarian family. (Yeah, I know, I'm not really Hungarian. Can you be an honorary nationality?) It's fun to see how traditions evolve. Who would have thought that I would spend the night before Christmas eating stuffed cabbage and other traditional Hungarian food? Crazy stuff.

My brother and I exchanged presents on Christmas morning. We got some pretty nifty gifts but the funniest thing is that we both bought each other t…
4 comments
Read more

December 26, 2006
There's been so much change lately that I'm refusing to switch to the new version of blogging. I may be the last one to do it...

Other than that, I've been busy with Christmas and moving (still). I think I'm now about 95% moved in. Tonight is my first night to sleep here. Wish me luck.

I'll write more soon about the goings on and my reactions to it all. For now, though, I feel the call of the unpacked boxes. Hope y'all had a great holiday!
5 comments
Read more

December 18, 2006
So what's more fun than moving around Christmastime? Getting sick while all that's happening. I got whatever virus is going around. I blame traveling. I think I'm feeling better today but am drowsy from medication.

Just one more quick 2-day trip to the Big D before I get a 2-week travel break.

And I'm posting from home. Yea for internet access! I'm about 75% moved in (meaning boxes everywhere--props to the friends and fam who helped). I have all the necessary utilities except phone. Please, God, let them come soon. I'm trapped here with only cookies and Cheez-Its to sustain me until AT&T comes.

Am I the only one not finished with Christmas shopping?
5 comments
Read more

I love my house. I'm maybe in love with it. I think about it before bed and wake up thinking about it and it makes me happy. And since Friday I've wanted to work on other areas of my life to make myself better. From what I remember about relationships, I think it's love. And speaking of love, I love the brother's girlfriend's mom. Well, I kinda dig her whole family but I really like that her mom sees things the same way I do. What a single person needs (or maybe any person or maybe just me) when she buys a house on her own is encouragement and affirmation. That's what I got from the girlfriend's family--an appreciation of what it is and the vision of how much more it could be. They're nice peeps.

So all this has made me realize (again) how important it is to support people.

It's been a crazy week so far. I had a quick trip to the greater Dallas area (full of stress and un…
6 comments
Read more

December 08, 2006
When I posted about cattywampus the other day I realized that the next post would be #100. Since that's a little milestone, I decided to wait until today to post again (regarding a bigger milestone).

I'm now allegedly a homeowner. I know, anyone I've talked to recently I've said "allegedly" to about a million times. The jacka$$ male homeowner still needs to sign and all the money still needs to clear. I, however, have officially signed my life away. I'm very pleased at how nice everyone was...my agent, my loan lady, and the title company woman.

As I was warned, all my documents said "cjh, A SINGLE WOMAN." Seriously, with bold and capital letters. On the upside, the title company woman said she has a 31-year-old son and that I was just a doll. I told her that she has all my contact information (and then some) so she could pass it along.

it's the most busiest time of the year...

December 04, 2006
First, I know..."most busiest." This is both to emphasize just how busy and to fit with the appropriate number of syllables for the song.

Who thought the Christmas season was a good time to buy a house? November was my worst travel month since April (which was my worst month ever). It worked out ok that I was able to do the in-person house-buying things while I was in town for a day or two. But my personal "to do" list is once again a mile long. On Saturday you don't really get going until the afternoon and on Sunday not everything is open. Would someone like to take my car in for an oil change? We could peel off that little corner windshield sticker in advance so you don't get berated for how long it's been. Anyone? How about going to the post office? Like that chore isn't always horrible let's throw in the holiday season. Anyone want to be a personal shopper for hard-to-buy for friends? Or take my computer in to get fixed (yep, stil…
4 comments
Read more 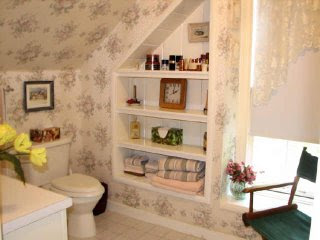 So I woke up this morning thinking that this time next week I'll likely be vomitting next to my car after closing on my house. Seriously. But then, I can vomit here (possibly because of that tacky wallpaper):