Showing posts from September, 2009
Show all

what's been goin' on 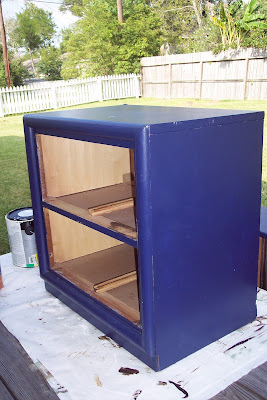 Domesticity. You know, in between bouts of travel. I've only been home since about midnight on Friday and am leaving around lunchtime today. And I had to work over the weekend. But I also got a lot done around the house. It's starting to look a little, um, less lived in. Woohoo. Here are some recent projects. The Hubby's roadside find from years ago has been repainted (in only a slightly new color but it's no longer shiny and has flowers!) and now the guest bed has a real nightstand: Speaking of the guest bedroom, it is now sporting new linens. I've always wanted them to be all white: I made cobbler (peach and raspberry from here ) in an awesome green Fiesta pie plate that looked better in person: There are a few signs that The Husband now lives here (the beginnings of his family's wall in the hallway): And the shelf in the living room has a little wedding area: That's it for now. Next up? Eye doctor. Then a long drive.
4 comments
Read more 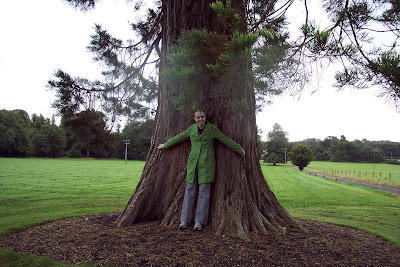 And now for the finale... On Wednesday (the 2nd), we had a quick Continental breakfast before heading on to Tullamore. We stopped along the way to visit Emo's Court. Beautiful gardens, pretty nice home, and giant redwoods. Not a sullen, angst-ridden teenager in sight. Then we visited the Tullamore Dew distillery which was combined with a little town history museum. This tour was self-guided and was pretty interesting. We learned more about coopering, the art of making those wooden barrels the whiskey is aged in. I can't imagine ever making even one barrel that could hold liquid. My luck, after all this time and labor, I'd go to char the inside and would burn the whole thing down. Props to the coopers. We ended the tour with the requisite sampling. The Husband tried the whiskey while I had the liqueur, Irish Mist. Now that's something I could get behind. Much less harsh when compared to straight whiskey. We also had some lunch and an Irish coffee. Turns out the Tulla
6 comments
Read more

September 18, 2009
We're not the typical couple. Even though folks are marrying older these days, we're still above average. We've lived with roommates and on our own. We've had time to inherit things from other households. We've had real jobs for years and if we needed something we could afford to buy it. This makes registering for wedding gifts a difficult task. What did we do? Registered for some things we needed, some upgrade items, and lots of fun things. Last night we used two of these. We did our first round of the 30 Day Shred . Holy moly. That you can feel that way in a mere 20-ish minutes? That's got to be good. Then, since we were still alive (and by "we" I mean me as The Hubby is obviously way more fit), we set up the Wii Fit. It was fun to see our little Miis dressed up in their workout clothes. You have to enter your height and DOB and they calculate your weight and BMI. Then they test your posture and balance and stuff to give you your Wii Fit age. Ok, s
3 comments
Read more 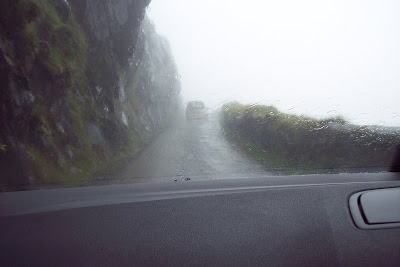 I'm going to keep at the recaps even though no one appears interested. Is anyone reading blogs anymore or has everyone gone over to Facebook? No matter, the blog is like my own little (public) diary so it's as much for me as anyone else. On Sunday morning we at breakfast at the B&B. Potato waffles! Then we dressed up and walked through the park to St. John's Church. It was The Husband's first Catholic mass and about half of it was in Gaelic. If you're Catholic, you know this makes no difference to you since it's all a giant pattern anyway. But it was bare bones mass. In and out in 30 minutes flat. Then we headed on to Dingle, briefly stopping by the windmill outside of Tralee. We had read good things about the scenic Ring of Dingle (a drive around the peninsula) and were told if you were short on time you should do this instead of the Ring of Kerry. There are two routes from Tralee to Dingle. According to Rick Steves: "the easy southern route or the m
6 comments
Read more 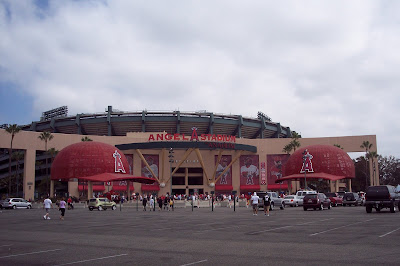 In addition to getting to hang out in Redondo Beach this weekend and attend a wedding in Palos Verdes, we caught an Angel game before heading back home. It still amazes me how many baseball teams California has--and in such close proximity to one another. The Angels fans are pleasant enough. They enjoy the wave and throwing around beach balls and balloons. We had heard that they have good food there. They do have a lot of restaurants represented (like we do at home). We ended up having garlic-parmesan fries (pretty good). We had seats in the 200 level, 3rd base side, covered because I had already gotten too much sun the day before. The weather was great, however, and it would have been nice to take in some sun after rainy Ireland but the shade was more responsible. One neat feature of the ballpark is the waterfall. Oh, yeah. And the giant A outside. Other than that, just a nice normal ballpark. It was kids' day and they represented. One fun thing was that some kids had gotten
1 comment
Read more

and we're off. again. 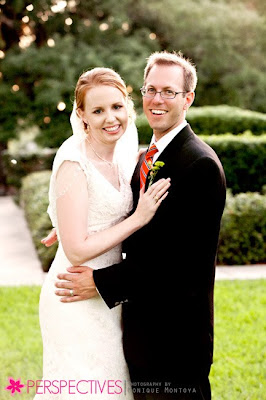 Leaving for California today. The Hubby is returning the favor of one of his groomsmen. The up side is that I had nothing to do with this wedding and I'm pretty sure I'll just be a guest. Would I prefer for it to be a local wedding? Or for it to be maybe next weekend? Yep, but what can you do... I suppose all the little house projects and the garage sale prep and the putting away of Hubby's stuff can wait till we get back. Since his schedule will be filled with groomsmen activities, I may just lounge on the beach. Or shop. I'm sure I can fill my time somehow. And did I mention that we got our wedding pics back? I can't share all of them on here until we get the rights to them at the end of the year but there can be a few more sneak peeks.
1 comment
Read more 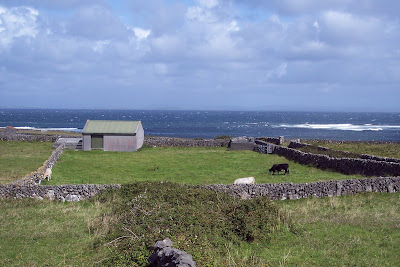 Friday morning (the 28th) we woke up for our first Irish breakfast. They don't play. Sure you can have your normal Continental breakfast with cereals and breads and fruit and yogurt and stuff but if you're hardcore you have a traditional breakfast. This means eggs, tomato, sausage, and bacon (which is a weird cross between our bacon and ham but not like Canadian bacon...I know, it's hard to describe). If you're lucky you can also get white pudding or black pudding. Both are sausages but the black contains dried pig blood. Yum. No, not really. I wasn't a huge fan of any of the sausages but did try them all. The Hubby enjoyed them. After breakfast we drove from Galway to Rossaveel so that we could take the 40-minute ferry ride to Inishmore, the largest of the Aran Islands. It's a 9x3 mile island that's very rural and like "old Ireland." You can tour the place on foot or bike or in a horse drawn carriage or van. If you go there, don't try to walk
1 comment
Read more
More posts