July 22, 2015
To say I've fallen off the blog wagon would be an understatement.  Ho hum.  So, 2 months have gone by, and I have to say that my positivity is waning.  Being in relatively good spirits while being out of the house 7 months was a good long run. I think (in addition to just the length of time) it's because we've spent too long doing tasks that don't have a lot of gratification but are necessary.  Like electrical and plumbing.  Definitely want those but you don't get terribly excited seeing new pipes and wires.  Ok, I did get excited to see that the kitchen fluorescent lights had been replaced with can lights and pendants.

So what's been happening?  We have windows (except for a few downstairs) and siding and exterior paint.  The garage is almost completely done--need a few trim pieces and the garage door.  Everything inside has been sealed.  We have ductwork but no AC units.  All the flooring has been removed.  We've made decisions regarding changes we want to make now since the house is gutted.  Hubby has been running some Cat6 cable himself.  Probably some other things I'm forgetting as building a house is a pretty long list.

Up next?  We have brick delivered.  Two sides of the house will need to have it removed and replaced.  Then we can move to the inside--insulation, drywall, exciting things like cabinetry and paint and flooring and light fixtures and a million other things.  We've had various delays that I don't blame the contractors for...just life, nature, insurance.  Once we get to the pretty stuff I think I'll be more excited again.

In the meantime, we took advantage of the July 4th sales and ordered living room furniture and a new mattress for us.  I've been thrifting and have found some things for the kids' rooms.  I purchased lots of light fixtures when the ones I want go on sale.  And we ordered nearly all of our appliances (#sendmoney #kiddingnotkidding).  So a lot of research and bargain hunting but at least it makes me feel like I'm doing something. 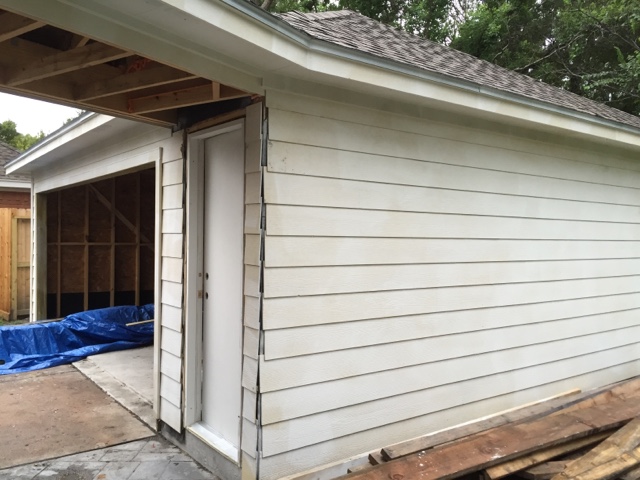 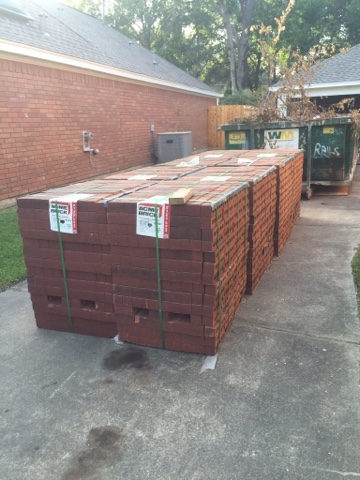 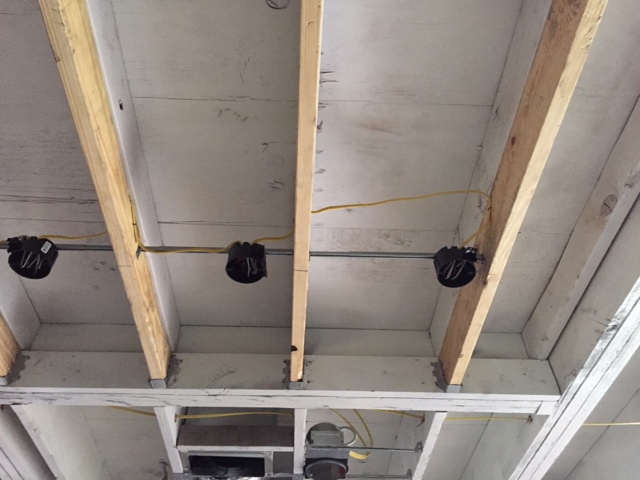 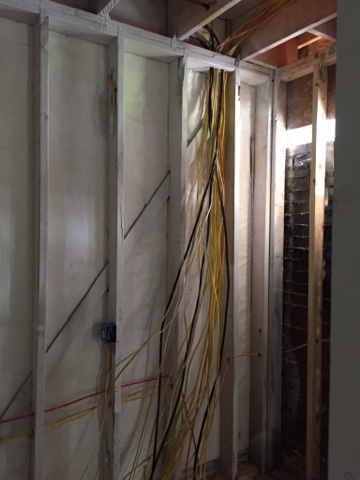