April 12, 2010
I'm pretty sure that everyone has things they would like to do in life. Things they want to accomplish or see or experience. I feel fairly strongly that people should write these things down. 1) A list helps you keep track of these items and brings them to the forefront of your mind. 2) Doesn't everyone like to cross things off lists? No? Is that just me? 3) It seemed like as soon as I made my list, I got some pretty incredible opportunities to mark things off of it. And 4), if you make your list public, odds are you have some pretty nice folks around you who will try to make things happen for you.

So last Friday, my SIL, The Brother, Hubby, and I went to see professional tennis live. Turns out that sometimes the pros actually come to our city. SIL found out about it and got us tickets. We saw one doubles and one singles match. Let me tell you, these folks can hit some balls. It was impressive. I'd totally go see it again. 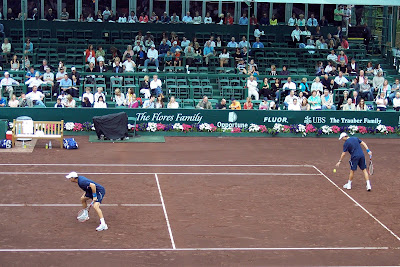 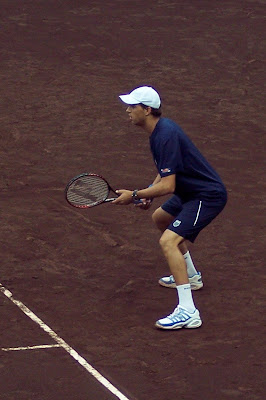 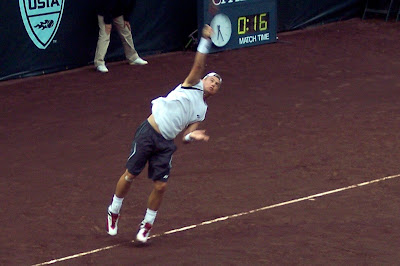 Who are these people? Semi-finalists at the US Men's Clay Court Championship. Doubles were second-ranked Bob & Mike Bryan (USA). The defeated Nathan Healey (AUS) & Lleyton Hewitt (AUS) in two sets. The Bryans went on to win the tournament. Singles were newcomer Horacio Zeballos (ARG) who defeated #11 in the world Fernando Gonzalez (CHI) also in two sets.
Clay is a fun surface. You can actually see evidence of where the ball hit and folks can slide on it pretty easily. And you're pretty close to the action in tennis even if you were to have the worst seat in the house (which we did not). Overall, it was a fun night and concluded our sports week which started out with Opening Day 2010. Too bad the Astros can't win... 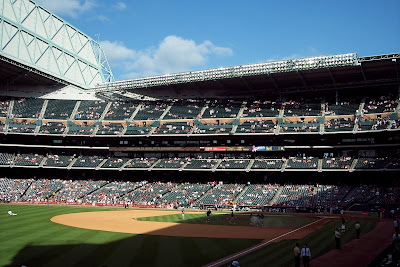 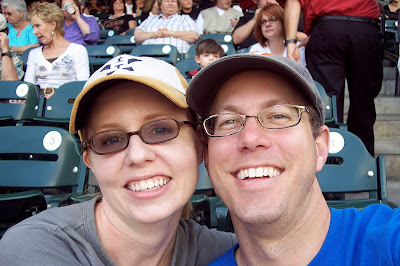