September 03, 2008
The Boyfriend and I planned a long weekend in west Texas over Labor Day. Why west Texas you ask? I'm not quite sure but I think we could stand to go back. 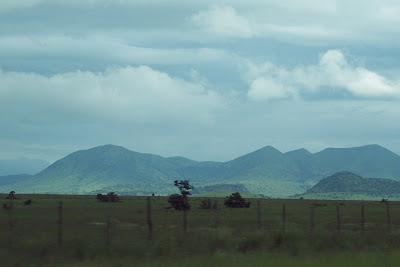 We flew to Midland on Thursday because it was slightly cheaper than flying to El Paso and we could spend a little less time on the plane. Because of all sorts of festivals allegedly taking place over the weekend, we ended up booking a hotel in downtown Midland for Thursday night. Downtown Midland? Not that exciting. Things do not appear to be bustling there. But we had some good barbecue, drove by Dubya's childhood home (modest, cute), wandered through the local college's art gallery, played some miniature golf, and crossed "see a drive-in movie" off my Life List. That was really fun and something I would totally do again.

On Friday we milled around town a little bit. The tourist spots in Midland are a bit of a stretch. We ended up visiting this one office building that had the strangest atrium. These guys were being pulled by a stuffed zebra. 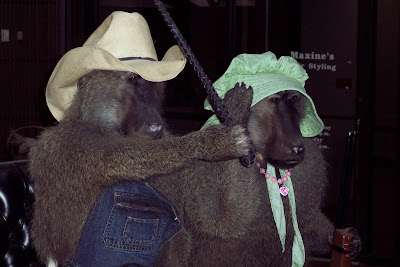 Then we meandered through a little nature (lots of mesquite, sandy soil, grasses, oil derricks). Finally headed to Ft. Davis. Along the way we stopped at the meteor crater in Odessa. While I would have never been able to pick it out as a crater on a map, it was interesting to think that a big hunk of space smashed into our planet. Right there. 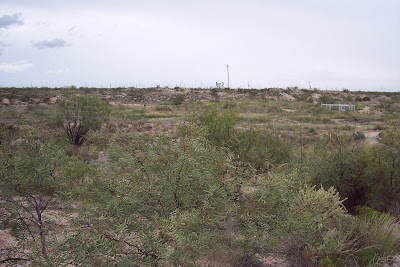 The weather was dreary and rainy during the drive. West Texas is a pretty dry place so we were just lucky I guess. The clouds were getting so low and the ground so high that it seemed like they touched. The scenery really was amazing though. 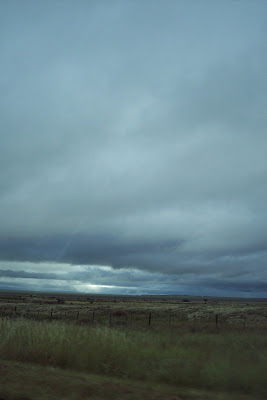 Ft. Davis is a sleepy little town. The Boyfriend secured very fun lodging--the 1903 home of the local doctor at the time. It's now owned by one of the hotels, and we had the entire second floor. It was very fun. Yea for The Boyfriend knowing how much I enjoy places like that. This was our view from the sitting area. Can I go back there right now? 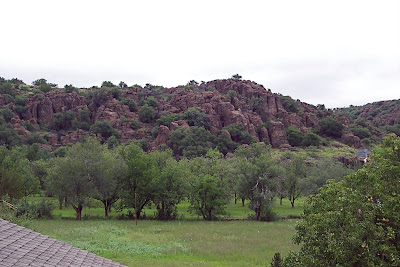 We did a little napping and then made it to Marfa, our real destination. It was the Marfa Lights Festival weekend. The lights are a mystery and they remain so as we didn't see them Friday or Saturday nights. A lot of other folks went home to tell their friends and family that they saw them but they were really looking at headlights in the distance. Oh well. Maybe one day. We went to the little festival, had some good carnival-type food, and toured some of the little shops. 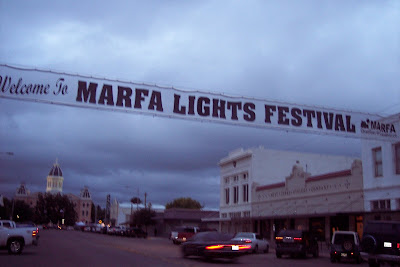 The weather was even worse on Saturday. We drove up to the McDonald Observatory and toured their indoor exhibit. It was too cloudy up there to see much outside so we headed back into town and toured Ft. Davis' little local museum. 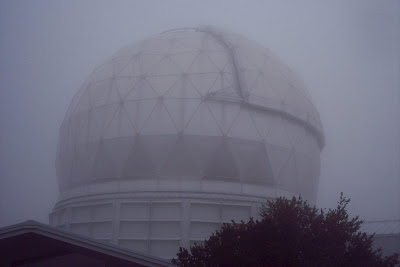 That night we went back to Marfa hoping we'd have better luck with the lights. We didn't--even after hitting the local winery beforehand.

We finally had beautiful weather on Sunday. Don't get me wrong, the temperatures were pleasantly cool during the preceding days. Such a nice change from home. But now there was sun! And you could actually see the tops of the mountains! 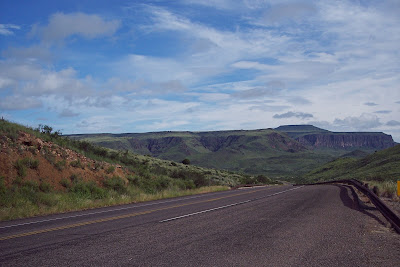 We went to Balmorhea State Park where they have a natural spring-fed pool to swim in and glorious views to take in. Then we grabbed some good Mexican food in Ft. Stockton on our way to Monahans Sandhills State Park. YEA for that! You can rent these big frisbees and sled down the sand dunes. You should do that if given the opportunity. Even though it was warm and sunny (with blessedly low humidity!), we could still walk barefoot on the sand since it had been cooled by all the rain earlier in the week. I could have sled down those dunes all day. Well, I could have if they had a lift...it was exhausting climbing up that sand. 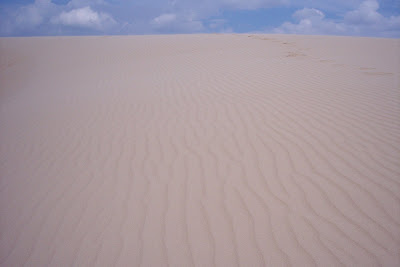 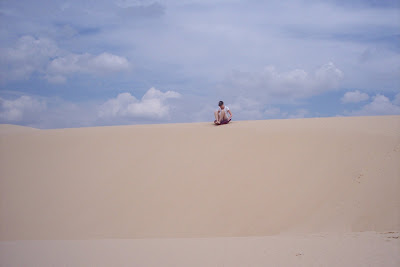 We ended up back in Midland for some napping and dinner. On Monday we made it to the Permian Basin Petroleum Museum. I had actually been before but The Boyfriend hadn't. It was more interesting this time around. Then we rushed to the airport only to find that our flight was delayed about an hour. Overall it was a pretty good trip. Definitely did some things I'd never done before. And incorporated plenty of napping. Now I'm having a terrible time trying to get back to work. Sigh...but work I must.
life list the boyfriend travel

Patois42 said…
Dang, that sounds like a great trip. You made me feel as if I actually visited all those places. I've never heard of a light festival before. I must go look further. Which reminds me, I loved your line "We didn't--even after hitting the local winery beforehand."

Jillie Bean (AKA Bubba's Sis) said…
Wow - the scenery out there is beautiful! And sledding down those sand dunes looks like FUN! Sounds like ya'll had a great trip!
9/06/2008 1:37 PM