2. I really do love Nashville. It's one of the few places I could see myself living if I were to get out of Texas. So just being there ranks on the list.

3. Elevation. Most of the places I've gone lately have had rolling hills. I like seeing that. And it's green despite the heat. And it was freakin' hot there.

4. Actually doing work. This was technically a training trip. I was supposed to just sit there and watch someone do my job. Right. I did work both days but it was nice. I felt productive. I felt like I was learning but that I was also giving back a little.

5. The chocolate chip cookies you get when you check into the DoubleTree.

6. Down (or down-ish) comforters. It doesn't matter that it's hot outside because you can crank down the A/C. After all, I wasn't paying the bill. And, because my co-worker is kind, I got to sleep in a little.

7. The Green Hills mall. This is my Nashville mall. It's in what I've heard is the shwanky part of town. I ran across it when I used to go there for my last job. They have an Ann Taylor AND and Ann Taylor Loft. I'm in heaven.

8. Tied to said mall...I bought a cute super lightweight sweater thing for a swimsuit cover-up and a black shirt for work. Both on sale of course. And, oddly, at Banana Republic.

9. Finding out more about my job from someone who has been doing it for years. It seems like this may really be a company I can stay at for awhile. It appears that, get this, you can say "no" here. Like if people try to overwork you, as long as you're meeting your minimum requirements you don't have to take on any more. And the minimum requirements are quite reasonable. This is very good news.

10. Even though I love Nashville, I don't love getting home from the airport at 10pm. I scheduled the trip to be back home when it was still daylight outside. Woohoo! And it seems like this will now be more the rule than the exception.

Some pics from previous trips... 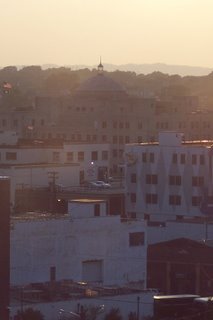 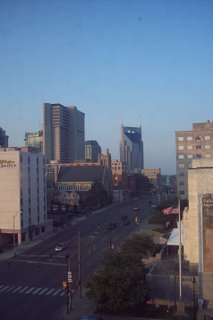 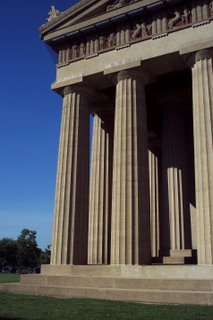 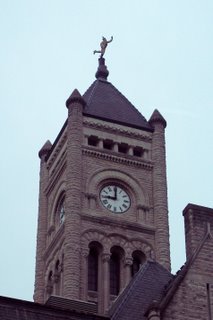 Would you like an MCI update? You know you would. I called them again today. Thursday. Way more than 48 hours after I talked to them on Friday. No one has been here. When I spoke to someone they said, "you have to request someone to come out." No kidding. I've done that every time I've called in the past 34 days (about 8 times now). I was always assured that a real live human being would be here. So I ask when someone can come out. You ready for this one? Mid-August. That would be 2 months from my initial phone call. I told them not to bother. I spoke to a Customer Service manager and ranted for awhile. He then asked what he could do for me. I told him he could do nothing for me but that he could provide better training for his staff so that the poor, unfortunate souls who try to get service in the future won't be lied to. I also told him that I would steer anyone I know away from MCI. Then I called AT&T. They said service could be in effect (complete with a human to take care of my jacks) within 5 days. The AT&T person actually spoke English, I could understand her, and she actually conversed instead of reading a script that didn't correspond to anything I was saying. It was nice. Will, of course, keep you posted.
10 things

Editor in Chief said…
Hey, about No. 9. I like that. Can I come work with you? I like saying no.

cjm said…
It's true. I think even if we feel comfortable saying no in other areas, we feel bad about saying it at work. I do...they could fire me. But for once, I feel like I'm needed more as an employee than they are needed as an employer. And I REALLY need a job, so that's saying a lot. I think we need to value ourselves more at work. Hopefully employers will follow suit.
7/21/2006 11:53 AM